Art for Change - Labyeeka Ya Hussein (By Mala Badi)

¨Labyeeka Ya Hussein" (¨Oh Hussein¨) is a live performance incorporating painting, dance, and music from Morocco, that explores the struggle of Muslim persons with their bodies, genders and faiths. The story piece by trans non binary Shia Muslims expresses the faith and feeling of their queerness in the struggle and resistance of Ahlu Albayeet. It is a way to look for liberation through the lens of an inherited Islam.

Labyeeka was performed in WUSS 3000 X QULTUR , a ‘come together to reclaim a Queer space for thoughts and expression with drag shows, voguing, performance arts and installations’ as part of “Queer and Now: From Stonewall to Queertopia”, a festival organized by Beyond Color and KammerQueers. In the beginning of the video GodXXX Noirphiles (Adrian Marie Blount) who hosted the evening introduces the performance. All credits and further information can be found here.

Mala: I did kind of political performances about Palestine, about queerness, about being POC, about white supremacy, white women, white feminism. You know, these topics that interest me and I have things to say about. So I make it as performances.

Fabian: Could you say a bit about that?

Mala: Like things I want to change. Like, things en francais attaché, I’m attached to. I'm not going to do ‘de L'art’. Art you don't understand anything about. Like not: ‘This is art and you have to respect this because it's art.’ I don't give a shit about these things that make no sense. I am not that kind of person who is very glad to say just anything artistic. I don't like it. It's art for doing art... You have everything and you give us nothing. It's just like white kids spinning there. So this is not my art and I don't consider myself as an artist like this. But people don't like this.

Fabian: You don't consider yourself an artist?

Mala: Yes, sometimes, but I have a lot of judgment on artists because I don't want to be an artist like that. I start to say that I'm an artist, but it was not really my goal. In Morocco we have collective arts. It's everyone dancing or everyone making art. The artist for us is who we saw on television. But we are artists. I learned to dance, I learned to do a lot of things. I was too young and I didn’t have art education or something. But I say this because I feel super oppressed. When I see all these opportunities given to all these people and they don't really give me anything. For my situation as someone who comes from the bottom of the Dutch society as a refugee, as trans, as a person of color as very poor, etc. So what are you looking for? What are you talking about? What is going on here? Others have lots of opportunities, they go to big theaters, they go to big museums and whatever. They come from big schools but what the fuck, what are you doing? So I'm starting to do ‘traumas art’. The art where I share my traumas. And I'm sharing my political reality. My political history. So I work on topics of queerness, queerness with oppression, with Islam, with being a person of color, with traveling. I use art to transfer myself as queer about colonialism, about colonial sex work, about capitalism. I present my art in 15 minutes, but people do not sleep at night. They will think about my performance for one or two months.

Fabian: And what does that do for you?

Mala: I like it. I love it. It's a very beautiful feeling. Actually, I start to work on my art like two years ago. Like to sit down and write performances. I'm also a writer of poems. And I started working on my performances two years ago by reading books, you know? I go to the bar, to the OBA to read books to have a view on how to make my art better or clearer. My performances are not very complicated. I'm not doing abstract things. But I have something to say. I say it and leave. It's another form of talking. And this gives me a lot of pleasure. When I finish my performance, I just want to be alone and they say, Mala you did it. It's beautiful.

Fabian: And do you have something your most proud of?

Mala: I am proud of all my performances. And I'm most proud of my last performance, because it traumatized me a lot. It took a lot of energy and people saw it and reacted not necessarily positive, but people cried. People were silent for a long time. You can see the effect of your performance if it’s not an easy performance or whatever. It was very honest to see. And I had the courage to work with all my traumas and fear. I did this performance, it was too hard for me but I did it. And yeah, it made a point. I'm not proud, but I love it. I love it because it also makes me more confident about myself. I'm not doing something just to do it, I do things with a message and with quality. It gives me some respect from people.

Voice-over in 'Labyeeka Ya Hussein':

Doubting and questioning our faith, first as Muslims and then as queers, is a way to express the intersectionality of the oppressions based on our religious identities and ideologies.

People have always insisted on asking me, no shame, are you really Muslim and at the same time you’re a man?

Are you really Muslim while wearing those clothes?

Don’t you think you are contradicting yourself?

How can you be Muslim wearing those faggoty feminine clothes?

Islam is very real and they will throw you down the cliff if they found out you are queer.

I know your truth. You are not Muslim by heart by taking Islam as a trend.

You contradict yourself being queer and Muslim. Same as Islam and feminism.

Did you really read the Quran well? Because the text is clear.

Why are you Shia not Suna? What did you find in Shi’ism and not in Sunism? They are alike?

By the way, few of them will ask me to explain them my Islam.

What is my definition to Islam? What is the tajdid, renovation, innovation I propose?

But my faith is to Allah Azza Wa Jall. And my belief is a feminist Shia belief.

I come from all creatures of Allah.

And there I learn my Imaan based on how Allah enlightened me.

For me the Shi is a way queers and feminists, cis and trans, become the renovators in din.

The revolutionists in understanding the meaning of the din.

And the renovators and the jihad against patriarchy, capitalism, colonialism, racism, religious

supremacy and arrogance in din. 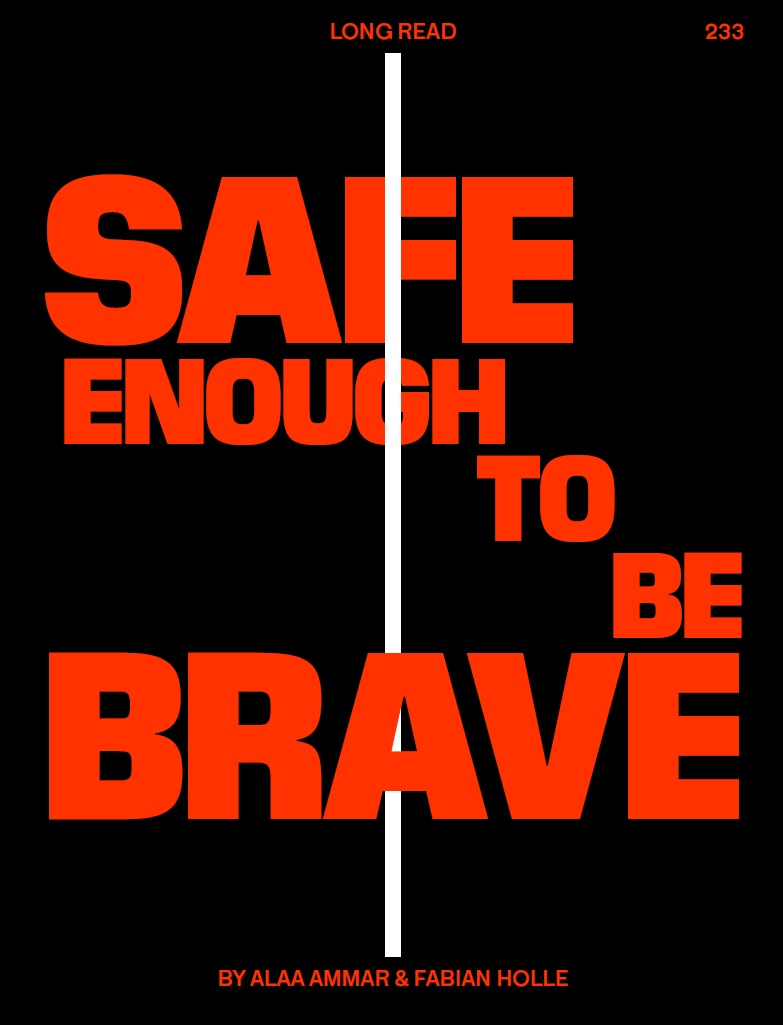 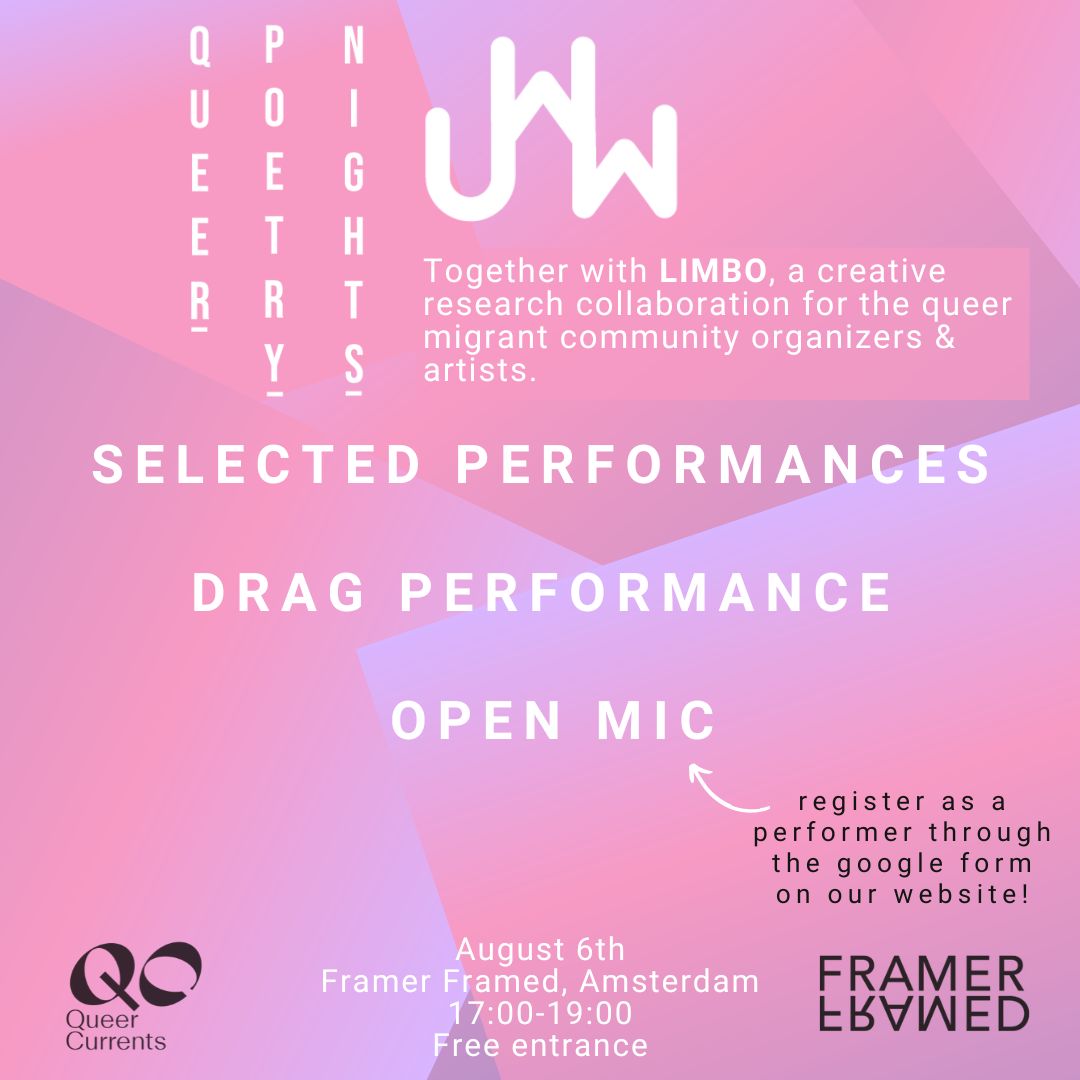 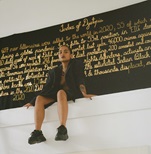 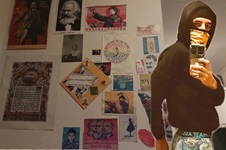 In this workshop Maha will talk about, and practice together, with rope play, role play...