In South Africa, on 23 March 2020, the government opted for a strict lockdown, a change that impacted each and every aspect of daily life, including those related to food consumption and preparation. Supermarkets were controlled, most informal markets were closed, certain goods became unavailable, and hygiene measures were strengthened. On top of this, family incomes were (and still are) at stake, especially for those relying on informal sources of income, as is common for many African migrants in South Africa.

Although the local government has followed social and economic measures to contain the virus, forced migrants are exempt from social allowances such as food parcels, and it is still uncertain whether foreign nationals will qualify for the COVID19 vaccine. In addition, they are also being targeted by nationalistic sentiments, as can be seen from the online trend #PutSouthAfricaFirst.

In this complex context, and following Scholarship for Change’s aim to both address the challenges of forced migrants and build their resilience, Food for Change uses academic resources to deal with the very real concern expressed by forced migrants in times of crisis: to put food on their tables on a daily basis.  With a focus on food and cooking, eight women from the Democratic Republic of Congo (DRC) and Uganda in Port Elizabeth were encouraged and supported to share cooking recipes of their choice, while remunerating them for their expenses. This took the form of three rounds of recipe exchanges in which the women used photos, audio, texts, and voice memos to demonstrate the ingredients, cooking steps, and how they share and enjoy their meals with their families and friends.

The project stems from the idea that cooking goes beyond fulfilling a basic need for daily nourishment. By looking at how food is recollected, prepared and shared, we can recognize how knowledge and practice are in constant interaction. For instance, cooking requires both knowledge of the ingredients (e.g. nutrition values and safe cooking processes) and how they can be creatively transformed in the kitchen (e.g. how different degrees of heat can lead to specific flavors). In addition, food can also narrate relevant knowledge of the women’s experiences during the time of COVID19, for example how certain dishes reminded them of their communities and thus helped them to cope with isolation, or how the lack of certain ingredients was solved by adapting to local resources.

Food for Change stands as an engaged project and an act of solidarity in times of crisis. This means that despite the irruption of COVID19, which has hindered face-to-face engagement between academics and communities, the project aimed to continue an (online) engagement that makes the participant’s voices central. In practice, this meant a deeper involvement with the women in order to establish more trustful relationships, to listen to their concerns and wishes, and to develop each step of the project in close collaboration with them. From this perspective, the ‘change’, in this project is to enable a process of collaboration, co-creation and curation that moves beyond the very real difficulties and challenges of forced migrants, to instead allow a space for different narratives. In Food for Change, the women do not present testimonies that might retraumatize them, but instead lead discussions on how cooking and sharing food is a daily activity that brings enjoyment to their households in the middle of the pandemic.

This project presents eight women (or, as they are respectfully called in Africa, mamans) as rightful, resourceful and resilient contributors of meaningful knowledge in the time of the COVID19 pandemic. It does so by respecting the participants’ playful use of different languages, such as Lingala and French, as well as their intuitive manner of cooking, which does not involve exact measurements or cooking times. Their recipes are diverse and versatile, not to mention mouthwatering! Some have an emphasis on boosting the immune system with generous amounts of ginger and garlic, like the pondu madesu of mama Yoyotte. Others are beloved traditional dishes from their home country, such as the fubwa from mama Petroni. There is also a child-friendly option, the (Ghanaian style) fried rice of mama Caren, as well as traditional family food like the tasty chapattis shared by mama Anitah. All of these are reflections of the women’s culinary knowledge that they have carried from their country of origin, adapted to South Africa’s landscape, and placed in dialogue with other African cuisines from countries such as Ghana and Cameroon.

In close collaboration with the women, and with the intention of preserving their culinary knowledge, we are currently working on a recipe book to help get through the pandemic. Through this website in the coming weeks, we are honored to give a taste of this book by introducing each participant, together with a recipe of their choice. 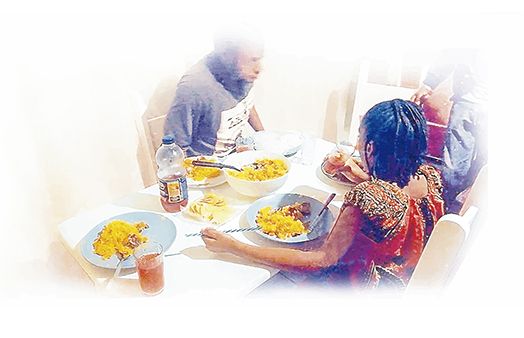 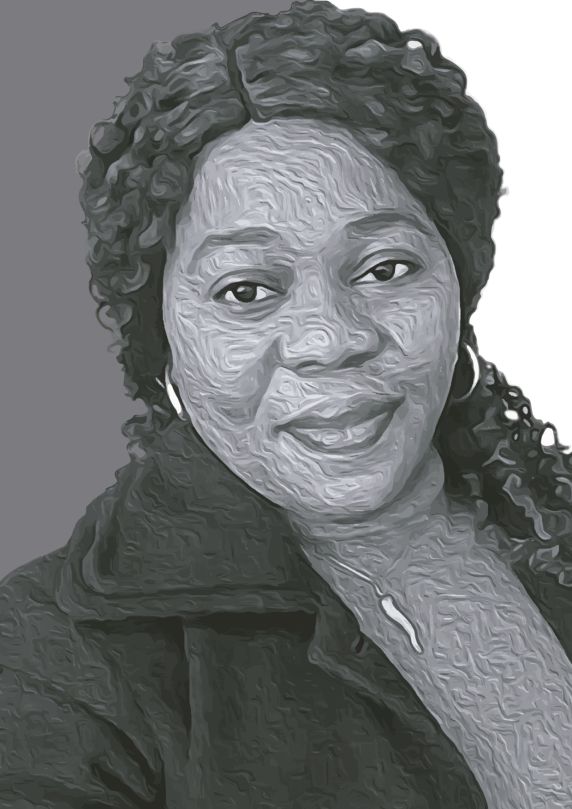 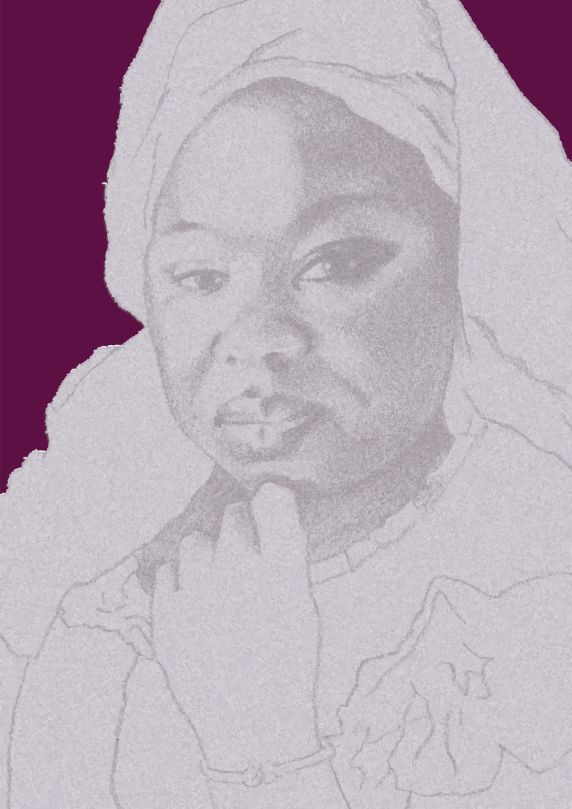 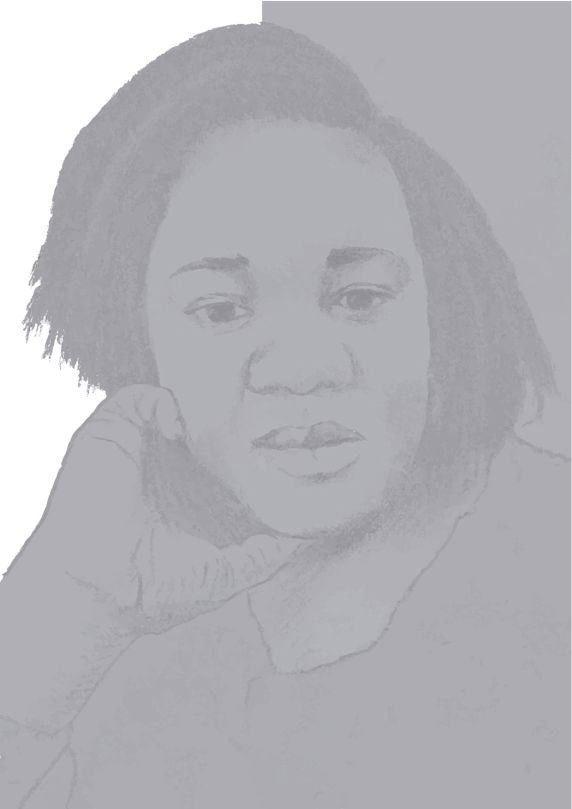 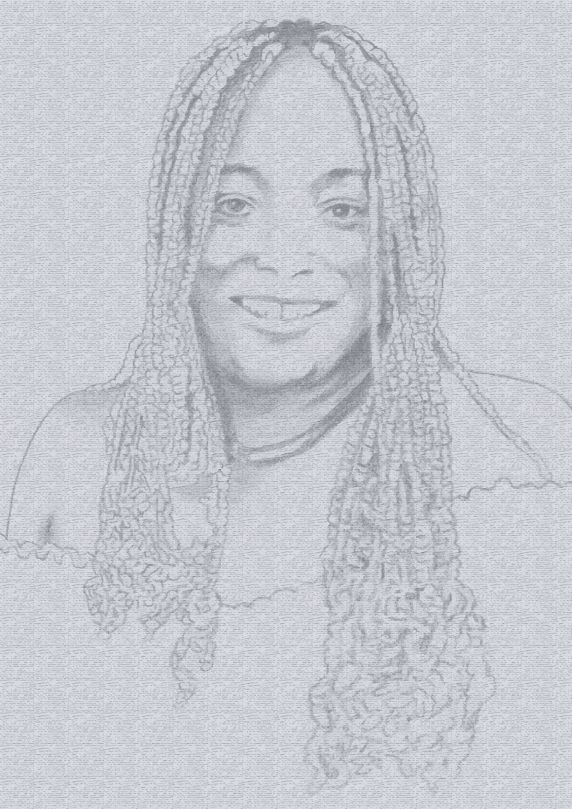 Bonjour! I’m a lovely mother of three children and married to a lovely person. I'm from...