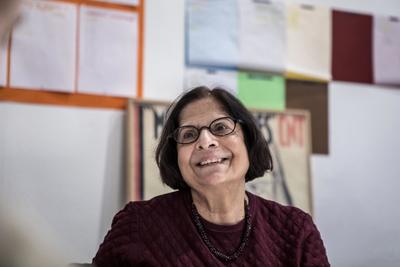 Avtar Brah’s work on identity and belonging has been quite inspiring for the rethinking of home in relation to displacement as something that does not need to be limited to physical displacement.

Brah builds on the work of feminist scholars who have argued for home as sites of aggression at both national and domestic levels and have argued for the importance of safe spaces as sites of subversion of the status quo and belonging. As she explains, one might “be at home” but does not “feel at home” (Brah 1996). She addresses the issues of home and belonging as the “‘politics of location’ as locationality in contradiction” (Brah 1996, p. 180). Home can therefore mean different things to various members of an assumed community based on the level of advantage that a group or an individual has. Thus, locations of home are always relational and power related; however, the presence of power can differ in its level of visibility and intensity. Thus home can be a site of visible aggression or a space of invisible exclusion as a result of normalized discourses and practices of othering. But home can also become a site of subversion at the community level, a site which Brah refers to as “diaspora space”: “at which boundaries of inclusion and exclusion, of belonging and otherness, of ‘us’ and ‘them’ are contested. […] a site where the native is as much a diasporian as the diasporian is the native” (1996, p. 209).